Some lucky sneakerheads will have copped extremely lucky this week if they managed to cop a pair of the new Air Max 1 USA shoes. According to the report below none were supposed to have made it to retail but there’s been quite a few sold on StockX already. Personally I find it surprising these have been blocked but it shows you the potential for a little controversy to make a profit in reselling sneakers as long as you have the right proxies of course!

It’s why the best and most successful sneaker resell merchants are genuine sneakerheads who live and breathe sneakers. It’s difficult for someone who doesn’t share this passion to operate in this market as it changes so quickly and there’s always a new release to consider. Currently the Betsy Ross inspired shoes are reselling at $2500 against a planned retail price of $140. This is only going to rise so if you’re lucky enough to have grabbed some, then holding them for a bit would likely be the smart play. Early average prices were only $700 so you can see the direction these are taking.

The problem with trying to predict prices especially in these circumstances is that public opinion may play a role. The controversy and scarcity has provided that initial massive boost but that’s not always maintained.

It’s why if you’re involved in any sort of reselling or arbitrage online in any sector it’s vital advice. Knowing your subject is essential, for without paying or being to access market data which won’t always exist then the real information will be in the specialist sites and forums. 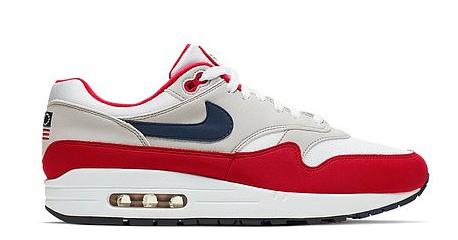 Nike’s Betsy Ross-flag themed sneakers are selling for more than $2,500 on resale site StockX after the company pulled the shoes because Colin Kaepernick called them ‘offensive’.

But on Monday, Nike announced that it would be recalling the sneakers that feature an early American flag, known as ‘Betsy Ross’ after Kaepernick complained to the company after seeing images of the design online.

The 31-year-old quarterback, who is also a Nike endorser, said the old American flag emblazoned on the sneakers’ heel was offensive because of its links to an era of slavery.

Nike had already shipped the shoes to retailers when it asked for them to be returned without explanation. However, some of the shoes made it onto the market.

A spokeswoman for the company told The Wall Street Journal that Nike decided ‘not to release the Air Max 1 Quick Strike Fourth of July as it featured the old version of the American flag’.

By Tuesday morning, the shoes, which were created in celebration of July Fourth, were going for $2,500 on StockX.
Source: https://www.dailymail.co.uk/news/article-7206177/Nikes-Betsy-Ross-flag-themed-sneakers-selling-2-500-resale-site-StockX.html 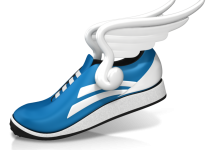