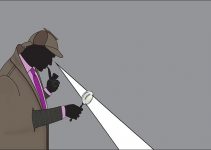 Proxies used to be pretty simple, get one with a decent speed for some privacy and simply choose one in the right country for bypassing geo-blocks.  Indeed a few years ago you could even pick them up for free as there were always a load of decent, fast proxies floating around the internet if you could find them.

The internet though is changing fast and so are the proxy servers that many of us need so badly.   The free proxies are all fairly useless now, for a variety of reasons.  Sure they still exist but thanks to readily available scraping software, they’re also easy to find which means that they’re completely overloaded.  The other issue with these proxies is that many are now actually controlled by identity thieves and cyber criminals.  It’s an incredibly easy way to harvest usernames, passwords and emails – simply let people use this free proxy to surf the internet in private. There is of course a huge irony in handing over your personal details in exchange for hiding your IP address whilst browsing.

However the main reason that proxies have changed and also become more commercial is that they are increasingly being blocked or detected.  As websites expand their online activities, increasingly they are checking and categorizing people who visit their sites.  There are a variety of methods being used but the two main ones are IP address and cookie information stored on their client.  Of course a proxy helps restricts information leaked by both these components, which is why websites will also try to determine whether a proxy is being used.

Most badly configured proxies now are easily blocked and filtered by the majority of large websites.  However the next stage has turned the focus to the IP addresses they use as a means of detecting.  It is often a surprise of the extent that these network addresses can be used to identity people’s origins.  The truth is quite a lot of information can be gleaned from network addresses and indeed many companies specialize in categorizing and auditing them into commercial databases.

One of the first major blocks was instigated based on the categorization of these IP addresses.  It was executed by the media giant Netflix who for some years had been battling against people using VPNs and proxies to access versions of Netflix outside their specific regions.  It was hardly surprising, the US version of Netflix cost about the same as all the other ones, but had thousands more movies, TV shows and videos than other locales.   All you needed to do was bounce your internet connection off a cheap proxy or VPN based in the US and you’d get the American version delivered to your home.

After years of trying to block these connections, Netflix suddenly decided that it was going to stop any internet connections from a commercially classified IP address.  That is unless your IP address corresponded to a residential user allocated from an ISP it would get blocked automatically.  It didn’t matter if there was a proxy or VPN involved, if the IP address came from a commercial range then it would get blocked.  This instantly blocked 99% of the VPNs and proxies which all sat in commercial data centers.

Nowadays  many companies either block or flag connections from commercial IP addresses, figuring they’re unlikely to be from ordinary customers.   Whether it’s online streaming, e-commerce sites or social networking keen to focus on their customer base, it’s much simpler to access these resources from residential IP addresses.

For internet marketers, the effect has been extensive – many have lost lots of accounts on social networks like Instagram because they’d been managing them through datacenter proxies. Most of these networks automatically flag IP addresses from these ranges.   If you’re running a single ordinary account you’re unlikely to be affected – any suspicion of a bot or multiple accounts and you’re likely to get blocked or worse.  Slowly datacenter proxies are becoming less and less useful as they no longer provide the protection or anonymity most people require.  Most marketers are adapting and moving to servers with alternative source of IP addresses like Mobile proxies.

In many areas nowadays it’s important to blend in online.  Using commercial addresses just doesn’t work anymore as they are easily detected by subscribing to one of the many companies who provide this information.  The rationale is that a regular user shouldn’t be using one of these addresses, so if they are then it’s likely they’re up to no good!

Here’s a free resource where you can look up the address ranges assigned to commercial addresses ranging from datacenters, web hosts to co-location centers.

If you’re trying to run a bot, manage multiple accounts, buy from e-commerce sites or anything similar then you’d be best to avoid originating from these address ranges.

Unfortunately these addresses have for years fueled all our VPN and proxy services simply because they’re cheap and available.  Yet suddenly they’ve become more of a hindrance than a help to many online entrepreneurs.  If you’re doing anything remotely promotional or commercial then it’s much safer to look like you’re a residential user. 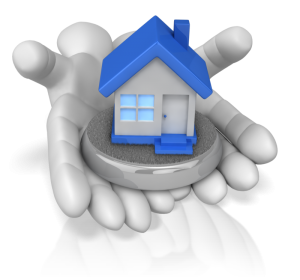 The first option and a popular one is to use a proxy with residential IP addresses.  These were initially scarce, simply because the majority of them were controlled by Internet Service Providers (ISPs).  Yet slowly services have developed where you can get access to these IP addresses through specialized companies like Storm Proxies.  They are generally much more expensive than datacentre proxies, yet with the development of new technology like backconnect proxies these prices have started to fall.

However even these are sometimes blocked because of another factor – geographical location.  Although residential proxies look like ordinary home users, the location of these can also be a factor.  For example the Classified directory company – Craigslist only allows residential users from the local area to post adverts.  So if you’re using a residential address it’s important it’s located in the right place too.  Social networks too, will flag accounts if there addresses look suspicious, for example if you try and manage a US registered account from a South African address or your IP location keeps switching too much.  Again for normal users it’s not an issue but if you’re running multiple accounts for business purposes it’s vital that you keep a low profile. Increasingly a third option is becoming the simplest and most effective way of staying anonymous and looking like a normal residential user – people are using mobile proxies instead.

Buy Mobile Proxies if You Want to Blend In

There is another type of IP address which is much, much safer from detection and that’s a mobile IP address.   Despite what you see in American forensics TV shows it’s not a simple matter to match single mobile IPs to specific users.  Indeed social networks and other websites never block or filter accounts based on mobile IP addresses for a very good reason.  IP addresses on mobile networks are shared between lots of people and change frequently as people move around and their devices connect to different cell towers.

Blocking or filtering a single mobile IP address could potentially affect hundreds of people every day simply because of the way they are distributed and allocated among 3G/4G/LTE users.   Mobile proxies are the safest and most discrete proxies you can obtain at the moment and they’re surprisingly starting to come down in price quite a lot.

One of the other advantages is that because these mobile proxies and addresses are trusted so much you don’t need hundreds of them for most online marketing tasks.  For example people running multiple Instagram accounts have found that they can manage many more accounts on a single mobile IP (up to 15 reported as safe currently).   Whereas for other addresses even residential ones, you’re best to stay at a 1:1 ratio in order to protect your accounts.

At the moment, a mobile carrier proxy might not seem the cheapest option initially, but generally you don’t need to use that many of them.  They’re ultimately the safest IP address to use for most online activities where you need to hide your identity.  There are actually a few more options this year, with new LTE proxies appearing across the world.  There is a reason that those with larger budgets will almost certainly buy mobile proxies as opposed to other options.

However there are lots of options for all types of mobile proxies –  3G 4G  appearing all the time, this company offers some of the top telecoms companies including 02 and Vodaphone plus gets great reviews.

They can even handle very large proxy requirements and are among the market leaders in mobile proxies.