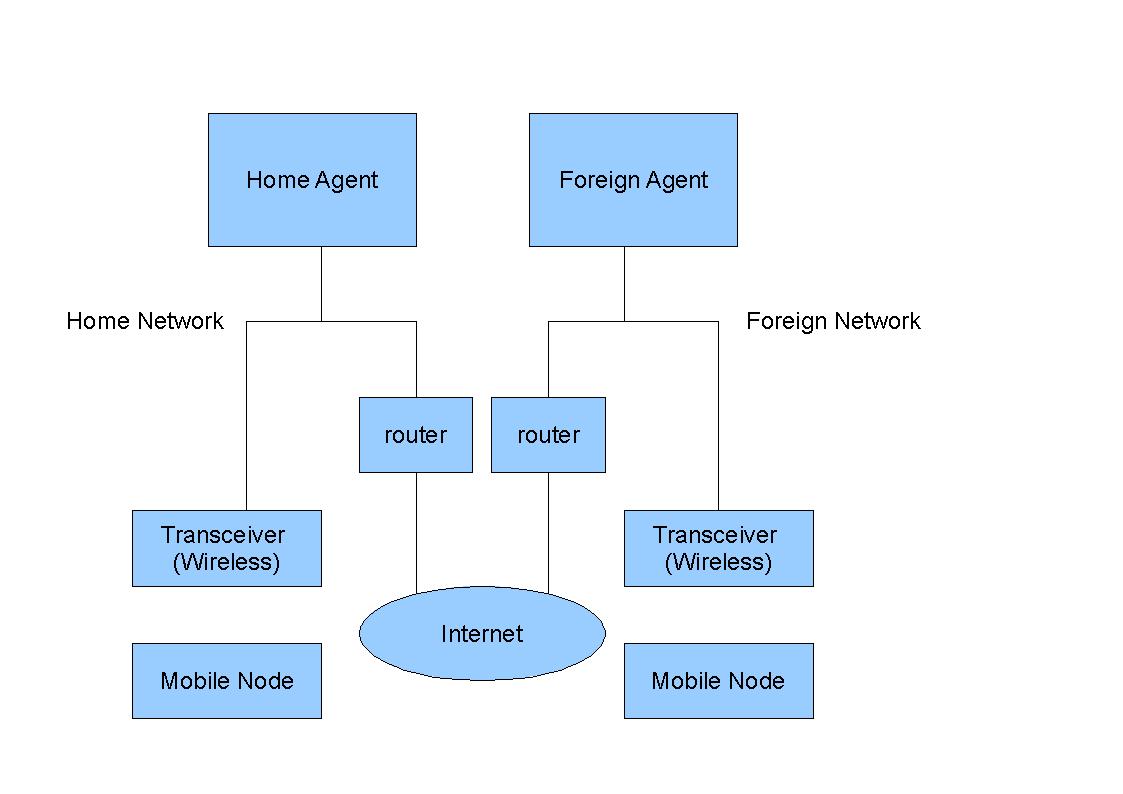 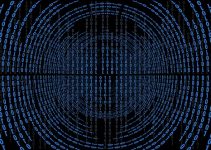 If you work online, then it’s likely you use proxies for certain tasks.  Many online tasks and tools simply don’t work without them.  However the usefulness of standard data center proxies is limited. You’ll get more success if you buy a few cheap residential IP addresses, this article describes why.

It’s becoming increasingly obvious that for those of us who use proxies and VPNs for our online activities, that commercially registered IPs are becoming less and less effective. Unfortunately it’s a reality and if it hasn’t affected you yet, then just wait, it won’t be long. So what’s happening, why is everyone seemingly looking for residential addresses? More importantly why can’t I just use the commercial ones which are sooo much cheaper!

Let’s for a minute forget we’re dealing with online businesses, marketing, sales and e-commerce and pretend we’re doing things the old fashioned way. You have a successful car dealership business and you’ve just announced a fabulous new deal on the latest model – complete with completely legitimate 0% interest free finance. Word has got around and there’s a whole host of people starting to queue up outside the premises. Now rather strangely these people have congregated into two very distinct queues. 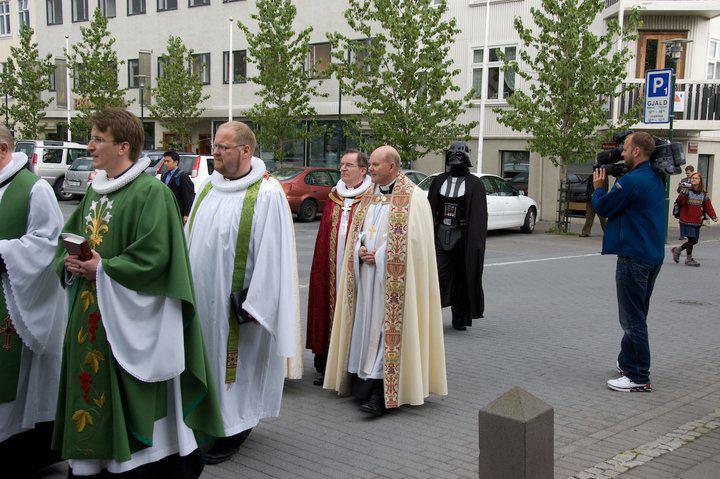 Sometimes it’s Better to Blend in !

The first queue is full of very ordinary looking people, who seem rather excited and keen to get in. The second queue seems to be full of very rough looking, disinterested individuals, people who look to be homeless and lots of very young adults who almost don’t look old enough to drive. You’re faced with a dilemma, you only have enough staff to deal with a small proportion of these people but you also have a golden opportunity to prioritize one of these queues. By choosing one queue as the ‘legitimate one’ you can select one group of people and probably upset the others so much they storm off. What do you do?

It of course, not a very difficult decision – you focus on the average looking people. If you look at the respective queues it’s extremely unlikely that anyone in the second queue is a potential customer. Whereas the first queue is packed full of potential customers all eager to snap up your great deal. In economic terms we would consider the opportunity cost of choosing either queue to focus on. This is basically a measure of what you’d lose by taking a specific decision. The opportunity cost of ignoring the second queue, i.e the number of sales you’d lose, is of course virtually zero. All businesses would focus on potential customers, any other decision would be ridiculous.

In the digital world that’s beginning to happen now, online competition is becoming as cut throat as the real world. Businesses and entrepreneurs who could make loads of money online previously are slowly noticing it’s becoming much tougher. The primary reason is increasing competition and a growing necessity of needing to focus on your potential markets. Yet of course, obviously there’s no obvious physical clues available to what makes a potential customers. However there are actually lots of digital ones which are arguably just as accurate.

One of those is of course is the IP address, where it is from and how it’s classified are two very strong indicators for most businesses. Geographical location is extremely important to many business, after all some goods and services don’t really sell over international borders although this is obviously not always the case. There is another indicator available from the IP base which is arguably even more effective in filtering the non-customers and that’s how the IP address is classified.

Why Residential Addresses are So Important

Generally the majority of IP addresses are classified into two main categories – residential and commercial. There are other sub-categories like military and educational but the majority fall into these two sections. The commercial IP addresses are allocated to places like data centers and companies for their use. While the residential ones are only supplied to Internet Service providers (ISPs) in order to get their customers connected to the internet. Now going back to our queue analogy there’s one of these categories which is much more likely to be full of customers to most businesses – yes the residential.

Generally residential (non commercial) IP addresses come from ordinary individuals sitting at home or in a cafe surfing the internet. For most online businesses this is the traffic they want to see visiting their website. A web site selling Christmas gifts in the Surrey area of the UK, is unlikely to get any benefit from commercial IP addresses originating from South America. Indeed all it’s likely to do is to slow down their website.

It’s becoming much more common online to be designated into these two main groups. Ordinary e-commerce sites selling goods and services are much more interested in traffic from residential IP addresses than they are from commercial addresses. The more competitive these markets become the more important it is to focus on your target demographic and this is an easy way to do this.

Through the last few years, Netflix whilst conquering the streaming entertainment world have been engaged in a different battle. Every version of Netflix is different based on your location largely due to the ways Netflix licenses it’s bought content. If you log into your Netflix account while in the US you’ll see by far the best version, it has lots more content that the Australian or Belgian version or that you can access from smaller countries. The US market is the biggest so Netflix invest much more money than in other versions simply because of the potential gains.

Unfortunately for them, other people have realized this and started using ways to route their connection through the US to access that version. So an Italian user would log in and connect through a US VPN in order to change his Italian Netflix to a US one. They then suddenly have access to thousands more films and TV shows through exactly the same account. It’s not something that Netflix where very happy about though, not only did it contradict their licensing arrangements but it reduced their profits to some extent too.

They actually spent years politely battling these users, blocking VPN addresses and detecting proxy access automatically. Most of this was with varying success though, there were over quarter of a million Australian Netflix users accessing the service 12 months before it was actually available there! Then last year they implemented another counter measure, which was to prove extremely effective. They blocked access from all non-residential IP addresses automatically. Instantly all the  VPN and IP proxy sessions (which all had commercial IP addresses) stopped working and users were presented with the now infamous ‘you seem to be using a proxy screen’.

A whole market was pretty much obliterated overnight and once again people were restricted to the Netflix version of their location.  It was particularly annoying if you traveled or where on holiday as you’d actually lose your normal version of Netflix and probably that box set you where half way through.   It was pretty ruthless and extremely effective, however it had exactly the result Netflix was aiming for.   There is a recovery in this market though which will allow access to different versions of Netflix, however because it relies on residential addresses it’s much smaller. Also mostly firms have concentrated on allowing access to US Netflix rather than all different regions there is even a residential VPN.  Here’s one of the few who supply a US Netflix service now.

This is completely dependent on your purposes however it’s becoming increasingly evident that if you want to look like a customer or a normal home user, then these addresses are essential.  You won’t need them for simple use cases like web scraping, data collection and SEO though.   It’s also worth checking your individual requirements through any of the customer support team members.  The residential proxy companies mentioned here can all switch your connection port through all types of addresses and even geo locations.

However let’s take a quick look at the scenarios where you might need to seek out a residential proxy provider and run IP sessions through each proxy port.  Basically it depends on scale and whether the platform you’re using has the ability to detect and differentiate between commercial and residential IP addresses.

These are just a small selection of why people need to buy residential IPs for different tasks when they’re online.  The number obviously depends on scale and requirements, but certainly to operate a lot of digital identities usually requires a lot of them.   If you just want to watch The Last Jedi on US Netflix of course, all you need is temporary use of a single US based residential address – which even some VPN and proxy services can actually provide.

For any volume though, you’ll need to look at specialist providers who have a large residential proxy network.  Obtaining these residential addresses outside the ISP network especially for countries like the United States, United Kingdom and Europe is actually very difficult and takes contacts and expertise.  There are several methods used and there are at least quite a few options now with some pressure downwards on price although it’s still hard to find a cheap residential IP provider that provides quality.  They’re still more expensive than commercial IPs though, although innovation is also reducing the unit costs too.

Things changed fast though, and the requirements for different purposes and sites can vary every week.  Most of the biggest providers are well aware of most of the main sites and whether you’ll need residential addresses or not.  Remember if you don’t need them – don’t use them, commercial addresses are much cheaper.

Find a respected provider of residential addresses and make sure you test them out and discuss your requirements.  They should be able to guide you to the right sort of package.

One of the oldest and honest providers of residential addresses in our opinion is called Storm Proxies.  They’ve been around since the beginning of this market and also are one the few (possibly the only) company who actually owns the hardware that the addresses sit on.  What’s more you’re not restricted only to the expensive private dedicated residential proxies either. They’ve also developed systems which efficiently use these resources so as to bring down the unit cost significantly – mostly centered around US addresses though.