The vast majority of VPN services use IP addresses which are shared by many users. Sometimes this can be just a few concurrent users but for popular services like NordVPN then this can often be many thousands. Which means that a single address is being used by thousands of people for all sorts of purposes at the exact same time. Of course mostly this doesn’t really cause a problem simply because we’re all doing different things online, but when the numbers get too high there can be real issues.

First let’s just explain one of the terms that are often misunderstood in the ever changing world of proxies, VPNs and IP addresses. First static IP addresses – they’re simply an IP address that doesn’t change at all. For many purposes this is ideal, when you want to stability and to use the same address for the duration of your connection. Surprisingly this doesn’t always happen especially with specialized proxy services. You will often find that the IP address that is allocated to your connection will rotate often every few minutes. This is partly deliberate, to ensure that a pool of say residential IP addresses is shared efficiently. However it’s often also due to the way these IP addresses are obtained, piggybacked on normal user connections which may often be available for a very short time.

An example is the huge pools of residential IP addresses obtained by companies like Smart Proxies and Luminati. They are genuine, real addresses which are shared with home users in exchange for using free software or applications. If that end user closes their application or shuts down their computer then the IP address become unavailable, something which the supplier has minimal control over.

Most standard VPN services will allow you to mostly use the same IP address for your connection if you choose it manually.  That is bypass the usual ‘auto-connect’ feature which will assign you to a random IP address from a central pool and just pick the same one.

Here’s the setting from the Identity Cloaker home screen – 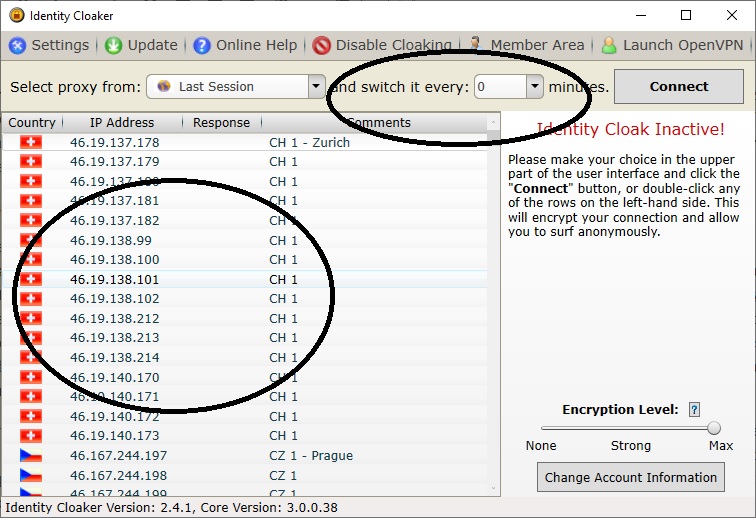 You can see that you can pick a specific IP address manually to connect to and disable any automatic rotation to ensure it stays ‘static’.   This doesn’t assign any exclusivity to your address, you’re still potentially sharing it with lots of other users but the address will remain the same until you change it.  It may be removed from the pool at any point but generally this doesn’t happen that often.

This is a completely different situation, and one which will generally cost more that a standard VPN.  A dedicated IP address, also known as an exclusive address is reserved for your use only.  It is generally a static address too although some providers may reserve the right to switch the address occasionally.  Using a dedicated IP address though from a proxy or VPN means that you’re the only person who has access to this address at a specific time.

This can be vital in many situations where multiple connections from the same address can cause huge issues.  For example sharing an IP address with lots of people can raise lots of flags on ecommerce servers for example.   Which is why these addresses rarely work on platforms which monitor such connections.  A dedicated address means you will be the only one on that platform using that unique address, whether it’s the Nike server, Instagram or eBay.

Obviously this costs more money simply because the IP addresses are the most expensive part of a VPN service.   Sharing addresses between thousands of users is obviously going to be much cheaper than allocating an address for single, exclusive use. 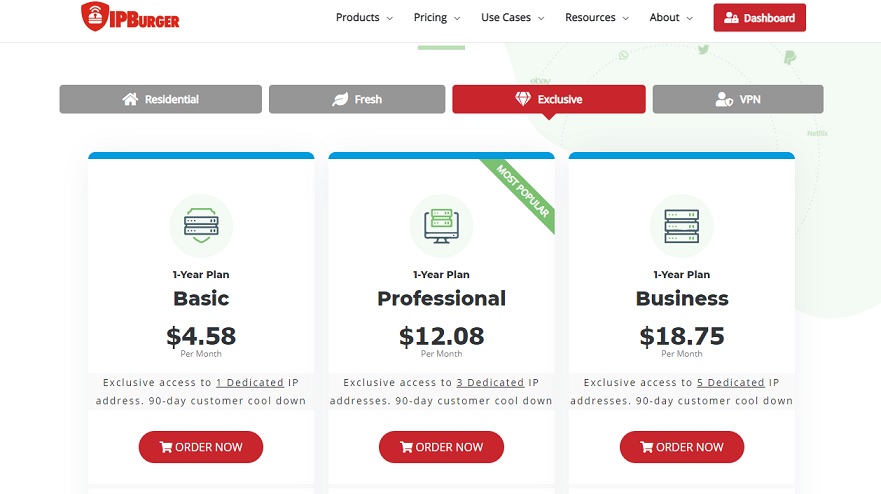 Having said that, it’s not quite as costly as you might imagine – here’s the current deal from IPBurger who offer low cost, exclusive VPN services.   As you can see you won’t get lots of addresses like you will for a standard shared VPN but they’re not as expensive as you might imagine.

For those who need to know that they’re the only one accessing a specific platform or website while using a VPN then there’s no other option than getting a dedicated IP address.  Indeed it’s becoming more and more necessary for all sorts of different tasks especially making money with proxies.

For popular sites which have reason to try and detect access from VPNs and proxies, then scanning for shared IP addresses is becoming more common.   It’s a simple way to detect the likely presence of people hiding their identity or location through a VPN or proxy connection.  If thousands of connections are sharing the same IP address then it’s extremely likely that it is a commercial proxy or VPN service.

For example, most of the world’s largest media sites have very strict geo-targeting policies.  They want to control and restrict access based on the geographical location of the inbound connection.  Sites like Hulu and the BBC iPlayer will restrict access based on people’s physical location.  VPNs bypass these restrictions and the low cost of shared VPN services means that millions of people use them to do just that.   The BBC iPlayer is only supposed to work when you access from the UK yet millions of us use inexpensive VPN programs like NordVPN to watch from all over the world.

Using a VPN is becoming an increasingly unreliable option to access geo-restricted sites like the BBC.  The more popular the VPN service is means that more people will be sharing that specific IP address. Most of the VPNs will have IP addresses blocked routinely because of overuse.  For most of these services it’s not uncommon to have to try several times before finding an address that works.

Unfortunately there is only one real solution to this, dedicated IP addresses where you’re the only one accessing the service.   They will cost more money but it’s not actually a lot, also having an exclusive IP address is much safer.  The only upgrade you can have is to get a residential IP which will make it even harder to detect your VPN. Indeed for some purposes a residential IP address is also advisable as opposed to the standard commercially registered IP address which most VPNs use. 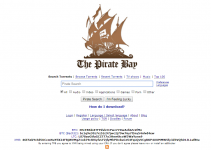