Virtually every website you visit implements a variety of techniques to filter and block unwanted visitors. Most of these are based on looking for unusual behavior or activity when using the site. This covers a huge range of situations from someone using a credit card in an unexpected location to a full scale DoS attack. For the simple entrepreneur this can be frustrating, especially as so many great money making activities are deemed undesirable. It might seem unreasonable that your account gets banned for trying to buy a couple of extra tickets for your friends but that’s exactly what is likely to happen on sites like Ticketmaster if you try. 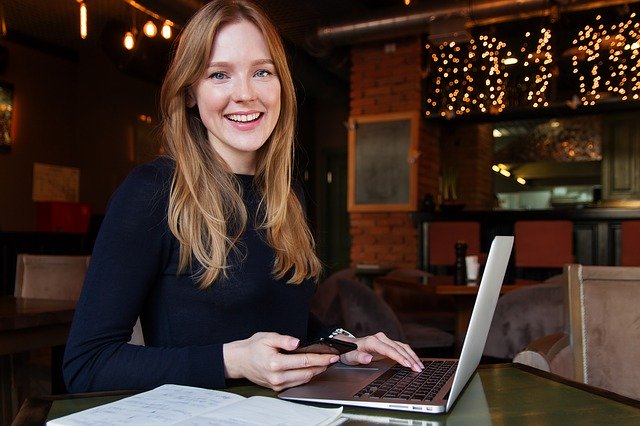 Most websites which take blocking and filtering seriously operate some sort of account based access. This means that they can track behavior much more easily, also they can ban those accounts when required. Often these are just throwaway accounts little value so there’s little to worry about. However equally, some have huge financial value for example Instagram accounts with millions of followers. Aged accounts which have been used for some time also build up a level of trust so they’re likely to be easier to use than newly created ones.

Why Would Ticketmaster Block Me?

Mainly to maintain it’s profit margins. Ticketmaster wants to control the revenues and profits from the Ticket sales. If it’s suspects you’re buying multiple tickets to resell at a profit then they’re losing income. This is despite Ticketmaster being caught scalping and reselling it’s own tickets many times the past. Basically it’s fine for them to make some extra cash reselling tickets but not anyone else.

Most ticket markets are of course, full of organised large scale ticket scalping operations. Ticket agencies buy up huge amounts of tickets and resell them through all sorts of secondary markets including corporate deals. Bottom line is these agencies don’t want you to do what they do to make money!

Every website is very different and what you can or can’t do varies greatly. Most of the major sites have developed their blocking methods and criteria over years primarily to meet their business objectives. Instagram are aware that many of their users access on mobile phones so you’re much safer on a mobile registered address. Craigslist is much more focused on specific locations and enforces a variety of restrictions on where you are and what you’re doing.

E-commerce sites like sneaker sites are focused on limiting the number of purchases per household so rely heavily on IP address detection. You’ll get blocked very quickly (and your account blacklisted) if you try multiple purchases from the same address range. Each site has it’s own specific criteria and it’s best to learn about this in order to avoid the blocking techniques they use.

Every website has certain minimum requirements to use their site. This might be basic stuff like browser versions and operating systems along with informational requests. Much of the data you supply is used to modify their environment and make the site work better. In order to avoid being blocked it’s vital that these minimum requirements are met. There’s no point spending lots of time and effort avoiding detection and then using an out of date browser running on a hacked copy of Windows XP !

Basically just be one of the crowd, don’t give the website an excuse not to trust your connection. Make sure you’re using standard up to date browsers and operating systems that glide through these user identification checks without issues. Sounds simple stuff, but many people forget to do the basics and then spend a fortune on other avoidance tactics which are doomed to failure.

If you try and stream a film from Netflix via a computer routed through a datacentre server then it simply won’t work. The media giant blocked streaming access from datacentre IP addresses some years ago in an attempt to block proxy and VPN use. Making sure you’ve got the right sort of IP address is easily the most important factor in accessing most websites especially E-Commerce ones. 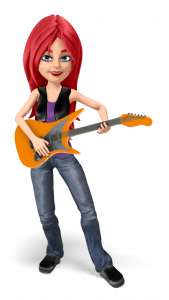 The safest addresses to use are definitely those associated with standard home users – classified as residential addresses. These residential IP addresses will make each connection look like it’s from a ordinary customer from their home computer. So whether you’re trying to buy extra tickets, a few more sneakers or filling in forms or surveys then you’ll be much safer with these type of addresses. Companies like Bright Data offer lots of different proxy plans which can give you access to these sort of IP addresses in any volume you need.

There are other options to consider of course, and it’s often worth checking with your chosen provider if you need some sort of guidance. Many successful online business people use mobile proxies for example, IP addresses assigned to mobile phone gateways. These are particular popular with marketers who run multiple social media accounts on places like Instagram.

Also be careful about how often these IPs are changed, due to their nature residential IP addresses often change. This can be a problem in certain instances especially when making purchases. Rotating residential proxies are incredibly powerful and great value for money but often static residential IP addresses can be more effective. Again it’s a balance and requirements change so your proxy provider can offer some guidance on specific issues.

Breaking the rules or Terms of Service of a website is a classic own goal when using these sites. Most websites have the TOS listed on their site explaining what you can or cannot do. It’s a wise idea to get to know these so you follow them (or at least appear to follow them!) and to make sure you don’t contravene anything. Always check regularly as these change but current examples are places like Facebook and Craigslist which restrict advertisements to the geo-location of the account you’re using.

Tip 5 – Patience is a Virtue

I do get this, you’ve invested in a state of the art automated software and a whole host of rotating residential proxies so you want to press the power button. Unfortunately overloading a web site which automated requests looks an awful lot like a distributed denial of service attack (DDoS) and will almost certainly cause server issues.

The speed is relative though and very dependent on the server you’re connecting to. Ticketmaster and big sneaker sites are well used to huge spikes in concurrent connections especially on major releases so it’s unlikely to be an issue there. Of course, for these big releases everyone’s trying to connect as quickly as possible so it shouldn’t look suspicious either. Yet many sites will implement restrictions on a surprisingly low number of concurrent connections.

Consider the size and manner of the site especially when you’re using a Bot or other sort of automated software. For non-time sensitive operations then consider scheduling over a period of time using the different IP addresses.

All of these guidelines are subject to change, it’s a very fluid environment with web security teams constantly changing and tweaking their sites. However the above points are usually valid across all environments and should enable you to find success.

You might think that your newly created Ticketmaster account is completely equal to any other but it’s not. Indeed it’s not even close, a brand new account is monitored and tracked much more than an older account. The people who do this professionally have lots of old Ticketmaster accounts which they take very good care of, carefully ordering tickets using different IP addresses over a period of time. Older accounts are much, much less likely to be blocked.

Here’s a few questions I’ve received through messages and emails to this site and page on the subject over the last few years.

How Long Does a Ticketmaster Block Last ?

The vast majority of Ticketmaster blocks are quite short usually about 24 hours. These are often accompanied by a warning – informing the user but sometimes you’ll just get a 403 Forbidden error. Anything done quickly and suspiciously can trigger this block and although not long can the delay can obviously be critical if you’re after something that sells out quickly. Longer blocks are normally assigned to repeated infringements or where fraud is suspected.

Absolutely in fact, this is probably it’s primary method of restricting access in addition to blocking/cancelling actual accounts. It’s a simple way to stop people accessing the site and one that’s often difficult to bypass unless you’re familiar with what’s happening. They’re also trying to stop automated sales and Bots from using the site and buying multiple tickets for resale. Using a different network connection or a proxy/VPN can remove this restriction though,

Why Would Ticketmaster Block Me Buying Tickets?

If you’re just buying a couple of tickets for personal use then it probably won’t. However if you’re trying to buy from another country, or buy multiple items using different accounts then they might. People have got the 403 forbidden block simply from searching too quickly on the site, presumably as suspected of being automated.

How to Get Unblocked from Ticketmaster Quickly?

The quickest method is to use a different Ticketmaster account from a different IP address. If you can’t move locations try logging on from another device – use your Mobile data instead of Wi-Fi which will give you a mobile IP instead of one from the router.

What is the 403 Forbidden Ticketmaster Error?

It might look like something’s gone wrong but this is basically a block. It’s essentially a permissions error 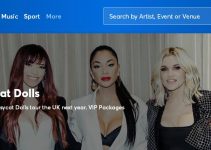 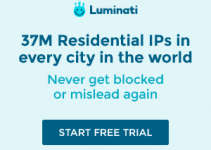