Every single device on the internet must have at least one unique Internet address. This is more commonly known as tn IP address and is a 32 bit number essential for communication online. These are very special numbers and there is a set structure to Internet addresses which is essential in order for them to be unique.

There are 5 classes of Internet addresses as we can see below. As you can see these 32 bit addresses are normally written as four decimal numbers with each one representing a byte of the address.  This is commonly referred to as the dotted decimal notation, an illustration is the normally assigned default address of your home router which is often 192.168.1.254 (a Class C address).    The easiest way to determine which class an address is registered under is to refer to the first number of the dotted decimal address.   So we could work out that the address 141.251.14.45, is actually a class B address because it starts with 141.

Now although we mentioned that any device connected to the internet must have a unique address.  More specifically this refers to the interface within the device as it’s perfectly possible for a device to have multiple interfaces.  This effectively means that the device would also have multiple IP addresses, one for each network interface.  These are commonly called multihomed devices or hosts.  A specialized proxy server for example will often contain multiple network cards and many IP addresses bound to the cards.

Furthermore there is a lot more information that is assigned to an IP address which can be used without restriction.  Including things like classification by organisation, country and of course by residential or commercial usage.

Absolutely Unique is an IP Necessity

Now, because every single interface that is connected to the internet must have a unique IP address in order to communicate – there obviously has to be a system for allocating these addresses.  This takes the form of a central authority which has sole rights to allocate these addresses, it was originally called the Internet Network Information Center otherwise known as InterNIC. However in 1998 this responsibility was devolved to a new non-profit organisation called ICANN (Internet Corporation for Assigned Names and Numbers). In fact the original responsibility was initially handled by the NIC from a military server – nic.ddn.mil.

We can actually split up the IP addresses into all sorts of types but at the network level there are just three. A Unicast address, which is designed to be assigned to a single host or interface. A broadcast address which can be assigned to all the hosts on a specific network and a multicast address which can assigned to multiple specific hosts all within a certain group. There is more to learn about the different sorts of addresses but these will be covered in another post. Understanding Multicasting and broadcast addresses is certainly worthy of further research as it can be quite a detailed subject especially in practice.

To complete our brief introduction to IP addresses, there is another system that must be understood – Domain Name System (DNS).  Although every network interface (and by association the host itself) is referred to by a specific IP address, it’s not the easiest format for humans to follow.  We work best with names rather than numbers and it’s this requirement that the Domain Name System provides.  It is essentially a huge distributed database that supplies the mapping between IP addresses and the more human friendly hostnames.

DNS supplies the ability for any host or application to call a standard function to look up the IP address corresponding to any given hostname.  The facility also exists in reverse, given an IP address we can look up it’s registered hostname.   DNS is another subject which definitely needs to be covered in more depth. 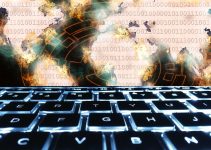 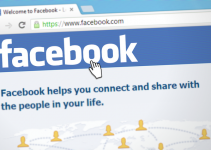