The proxy market is incredibly fast moving at the moment, what’s more it can be very confusing for newcomers looking for a way to run their businesses. You might think that using proxies is quite a specialized market however that’s far from the truth as there are many people who use them routinely everyday.

Firstly remember a proxy server is a fairly old technology and was initially used as a gateway to an application, a network or in latter times the internet. They were used to control and monitor access to resources as well as providing a buffer for inbound connections too. Many corporate networks use proxies simply to cache popular websites and reduce network traffic. However out on the internet proxies take over another role and that normally revolves around hiding your physical location or maintaining multiple identities. At the core, the focus is on being able to use multiple IP addresses in order to perform a myriad of online tasks. These tasks will vary from the completely legitimate business tasks to people actively trying to hide their identity from criminal purposes.

For the vast majority of proxy users, though having access to them is essential for their online business. For example, an artist/designer I know relies on proxies to run his business without them he simply couldn’t survive. Why would an artist need access to dedicated proxies? Well simply because 95% of his sales come from online advertisements based on sites like Craigslist. Without the ability to use multiple addresses he wouldn’t be able to post the adverts on localized versions of this site which are essential for his sales.

A proxy server gives anyone the ability to basically operate multiple identities online. Without this my artist friend wouldn’t be able to post local adverts, his business simply wouldn’t last – he’s tried other methods without success.

So Are the Best Dedicated Proxies – Private and Residential ?

Well the standard proxy server would have multiple users and a small handful of IP addresses. The big issue with this is that many of these IP addresses would be used for the same tasks. So for example if you were using the proxy to perform multiple searches on Google for research methods, and someone else was doing the same thing. The result would be that Google would block the IP address because there were too many requests coming from it. Multiple users have the same effect as using automated software with the same IP addresses. This would be the result for most websites, if too many people use them they become blocked, filtered or even blacklisted which is why it’s so important that no-one is using the same addresses.

Obviously if you share something it’s generally cheaper, but sharing IP addresses is often fairly pointless. Which means that there’s a growing market for specialised private dedicated proxies. In this context dedicated generally means that you have exclusive access to the servers and the IP addresses whilst you are paying for them.

Be careful though, there are other sorts of ‘dedicated’ proxies and you won’t always be getting this exclusive use. Here’s a few uses and definitions of dedicated proxies –

Dedicated Facebook/Twitter/Tumbler/Ticketmaster Proxies – this is just a small sample but you’ll find that you can get loads of different proxies dedicated to certain tasks. Again the IP addresses will rarely be for your exclusive use so you should only use the addresses for the specific purpose. Using Twitter proxies for general tasks will not normally be advised for example as they would probably be used by others for those purposes.

Dedicated Virgin/Private Proxies – these will be the best proxies and reserved for your exclusive use. If you have lots of different requirements and want to use them for various tasks then this is the best options. Dedicated proxies mean you only have to worry about one user of the IP address and that’s you! Remember though as these addresses and proxies are not shared then they are likely to be the most expensive. For many people though it’s more cost effective to hire a small number of private dedicated proxies than to pay for access to thousands of shared addresses.

There are load of other requirements people have for their proxies or more specifically the IP addresses which are assigned to them.   As well as proxies for specific applications, often people will need them with other classifications.  For example a marketer specializing in the German market may need proxies with German IP addresses.   More specifically he may need German IP addresses to use for Instagram marketing, as you can see it can quickly get very convoluted especially if you’re looking at using shared proxies.

The risks can be high which is why proxies and IP addresses are often the aspect that many marketers fail with.  The temptation is of course to try and find the best deal for your proxies, however there is no real regulation of the market.  This means that many providers promise, advertise and sell you one thing whilst providing something completely different.  The most common is to charge people for private dedicated proxy servers whilst using those same addresses for other customers.   This can be very damaging especially if your social media accounts end up getting banned because lots of people are using the same addresses.

In general the more you pay the better the proxies and the IP addresses.  Many large scale businesses invest heavily in dedicated proxies because they know it’s usually the difference between success and failure.  Many individuals involved in things like multiple purchases from Sneaker sites or Ticketmaster also have to ensure the servers are fast as well as exclusive in order to maximise their return.

Whatever your proxy needs, there are a few companies who have been around for years and can be trusted.  Our recommendation is one of the oldest and most reliable, ask them any questions if you’re unsure. 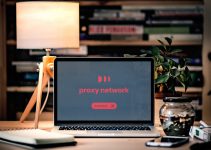