This article explains why you need to use Ticketmaster proxy servers if you want to buy multiple tickets either manually or using software.

In some ways the internet has made getting tickets for concerts and shows a lot easier.  After all there’s no waiting around and you can do everything without picking up a phone or visiting an office.  This however created another issue, because everything has been done online – there is also the possibility of what’s called ticket scalping.  This is the process of buying large amounts of tickets and reselling them at huge profits online.  For the music fans this is very frustrating, who ends up paying a significant premium over the standard ticket price.  However for the really popular gigs, it’s pretty much the only method to getting them.

There are some huge sites where you can get tickets for just about anything and of course one of the biggest in the world is Ticketmaster.  Yet don’t expect to just be able to logon and pick up a few tickets for Radiohead or AC/DC – because they’ll be gone, indeed a few minutes after release you’ll be lucky to find a restricted view seat in the dark recesses of the stadium or theater.   A large proportion will be scalped, thousand of these tickets will be sitting with just a handful of people. 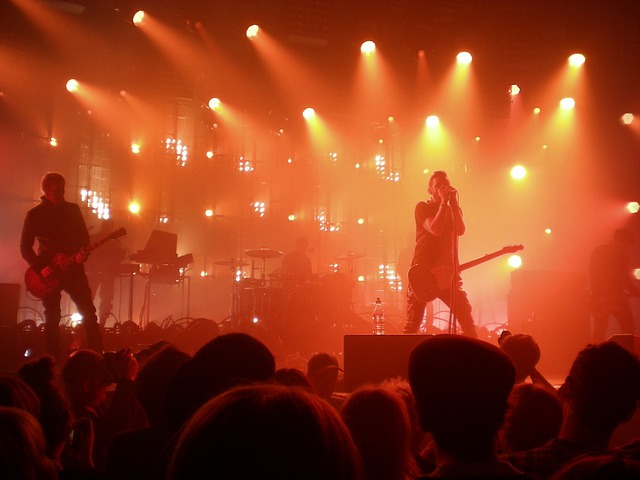 So is there a way to fight back?  Is there a way to pick up legitimate tickets from sites like Ticketmaster without paying a huge amount over the cover price?  There is, but unfortunately the only way is to act like a ‘scalper’ and play their game. Of course, this is not something we encourage, but you can use this method legitimately to get tickets for you and your friends and family.

Buy a Ticketmaster Proxy and Play the Scalper’s Game

So how do you do this?  How can you get a few tickets for your friends without paying hundreds?  Well, unfortunately as we mentioned there’s only one reliable method and that’s to use the same tactic as the people buying hundreds.  Of course, this method is always open to abuse but in reality it’s the only way to compete without having to pay a fortune.

First we must understand how the scalpers operate, how do they manage to abuse the system and get so many tickets? Well they don’t have super quick fingers, or a huge bank of helpers and computers lined up for ticket release times.  What they do have is the digital equivalence, computer software called ‘bots’ designed to just buy up lots of tickets.  This software is available freely on the internet, and in reality is pretty simple stuff just selecting and adding them to cart quicker than any human could ever do. 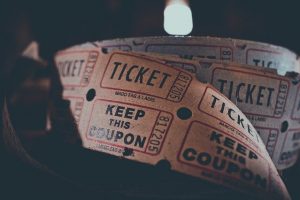 Now the sites like Ticketmaster don’t like these bots, and they work hard to detect and block them.  Unfortunately there’s only one real method to detect and block them effectively and that’s by looking at connection and IP address information.  If you have multiple connections simultaneously coming from the same IP address it’s pretty obvious that a Bot is being used and they can easily block that address.  Great, but that’s fairly easy to bypass too using proxies.

A proxy server is somewhat of a generic term used to describe a server which sits between your client PC and a particular website.  So you can keep your connection hidden from the Ticketmaster site, as it will only see the IP address of the proxy instead.   Yet if the Ticketmaster site restricts access for one address per transaction (which they’ll do), you’re going to need a whole host of proxies in order to buy a few tickets.  Remember each attempt will not be successful, so you’ll need a range of proxies to make multiple attempts to buy tickets.  Also speed is vital, proxies or not, many of these tickets are only available for few minutes after release.

The key to success in buying one or a fistful of tickets for a popular concert is actually the proxies.  In an ideal world you should have unlimited proxies and all using reserved, residential and dedicated IP addresses that no-one has access too.  You can buy these, yet they are incredibly expensive and it would probably be cheaper to buy the tickets on the black market directly.

Looking for a cheaper alternative is not easy.  Free proxies are pointless, all will almost certainly be already banned, plus they’re always far to slow to work with any ticketing release.  Your cards and addresses are also likely to be flagged if you use these already abused resources.

A cheaper alternative is to use shared private proxies which only have a few users.  These might work but in practice you’ll often find someones already used them for tickets and you’ll have the same issue as using the ‘free proxies’.   Plus you’ll have to rely on the software or your own programming skills to switch between them as quickly as possible.

There are  more complications with using suspicious or marked proxies.  If they’re not blocked they’ll be subject to captchas which will also significantly slow the process down.

All the components are important but to have a few hundred would be incredibly costly, so a few companies have developed systems that incorporate these qualities but also keep the price low.

They have a variety of names but they’re basically a bank of reserved, fast private proxies with residential IP addresses. However instead of being sold directly to individual customers, they’re allocated to a pool and then rotated automatically. Which means they’re kept ‘fresh’ and off the blacklists of the various ticket sites. You’ll normally find them referred to as rotating or backconnect proxies, although the best are allocated specifically for certain tasks – i.e buying from a particular site.   That means they’ve been checked for that particular purpose and in effect should be as good as paying for private residential proxies.

Proxies are the key to buying multiple tickets from sites like Ticketmaster and rotating proxies are the best way of making this efficient and affordable. Any method that doesn’t include the effective use of Ticketmaster proxies simply won’t work.

Here’s two trusted and respected suppliers of the best proxies for Ticketmaster.

Check them both out, they often have promotions running. 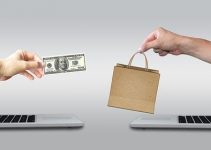 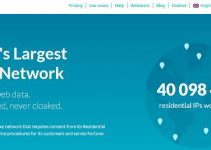